In 1953 by the initiative of the Department of Polish Tourist Society in Konin, in a former shop situated at the crossing of Wiosny Ludów and Gwoździarska Streets the Regional Chamber of Remembrance was opened. In 1956 it expended to the rank of Regional Museum residing at Słowackiego Street. Among many of the organizers and donors were: Ryszard Michalski, Antoni Studziński, Zbigniew Pęcherski and also Stanisław Wajcht from Skulsk and Jan Sznajder from Lądek. The museum was led communally by members of the Polish Tourist Society.

In 1966, after the resolution of the Presidium of the District National Committee, the Museum of Konin was initiated, the first State-museum in Konin region. In 1975, as a result of the new administrative division of the country, the place obtained the status of regional museum. Since then its dynamic development can be seen. In July 1982 the Regional Museum moved its location to Gosławice. Two former manor buildings, belonging to castle buildings, were adapted for office areas and atelier. The castle was given to use in 1986. In 1987 the Museum, was awarded the first prize by the Minister of Art and Culture in the contest “Museum Event of the Year” for all the works connected with opening of the museum. The following awards were given for the exhibitions, “Myth and Symbolics”, “Born in Turek – Henryk Henoch Glicenstein” and “God Blessed Maria”. In January 1990 the first guests visited the exhibition entitled “Polish Hall” opened in the reconstructed manor house. The seat of the museum is the tower-less castle, built between 1420 and 1426 on the south-eastern bank of the Gosławskie Lake by one of the most distinguished diplomats of the Jagiellonian epoch, the Poznań bishop Andrzej Łaskarz of Godzięba. The castle was built on a narrow sandbank, surrounded by a swamp from the west and by a lake from the north. From the south the marshes, and most likely the moat, made access more difficult. The castle consists of two buildings standing parallel to each other on north – south axis.

After the administrative reform of 1975, the Regional Superintendent of Historical Monuments became interested in the castle. It was decided to rebuild and adapt it as a location for the District Museum, which did not have a proper location at that time. The renovation was carried out in 1978 – 1986. On 30th November 1986 the castle was opened to guests. In the Gothic basements one can find permanent exhibitions: archaeological and natural history. Various exhibitions are held in the gothic basements and also on the floors of both wings. There are, among others: exhibitions of Konin’s history and patriotic jewellery from the late 18th century to the late 1930s.

In the first decade of the XXI century, with the support of KWB (Brown Coal Mine) in Konin, The museum opened the renovated rooms of the granary. There you can find, among other things, a place dedicated to an exhibition of the geology of Konin, the deposits of lignite and salt and the history and traditions of mining. In a specially designed room a reconstructed forest-elephant can be found whose remains were extracted many years ago by the miners.

This element still uses the old Contao 2 SRC format. Did you upgrade the database? 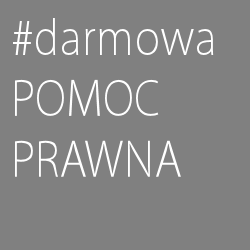